Trump’s X-Ray reveals that the kidneys do indeed have a very special place in his heart.
On Wednesday, Purr-resident Trump signed an executive order to help those who suffered kidney diseases by reimbursing them for lost wages while battling the disease. During the signing, Trump offered his expertise on the human anatomy by giving an improvised speech.
"You've been wor--You've worked so hard on these things. You've works so hard on the kidney. Very special--the kidney has a very special place in the heart. It's an incredible thing."
The slip up quickly went viral on the internet causing a ton of commotion amongst the anatomist community. One anonymous user contacted the Meow York Times and uploaded a file, which proved to look like Trump's latest X-Ray. Upon further inspection of the X-Ray, it appears that Trump was correct in his statement, that "the kidney has a very special place in the heart". 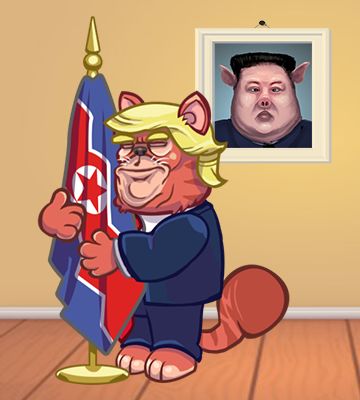